Blog
Its been a while since i've done the blog, so i cant remember the details of everything. I'll start in Isla San Francisco, which is an anchorage that we had been looking forwards to. It's very protected and very large. While we were there, we got of the boat and went for a hike. We went up a mountain and had a very nice view of the ocean. We stayed there for two days and one night, and then went to La Paz. The main reason that we were going to La Paz was to pick up our friends. There names were Brian, Sussana, Sebastian, and Savannah. We stayed in the anchorage there at first, and then headed into the marina before they arrived. We did tons of boat work before they arrived, such as polishing the metals, getting rid of stains on the boat, sanding and gripping the steps, and some other things. Four people arrived at the boat, the parents and two kids. We spent the day playing with kids while the parents did the groceries. After wards we all went to a restaurant that we had gone to a couple of years before. It was very good, and I had burritos. The next day we all set of to the islands. Our first stop was Balandra. We took them there because it's a very good place for snorkeling, and it has lots of long, white beaches. The two kids had never snorckeled before, and that was the first place that Liam and I ever snorkeled at too. After the snorkeling, we went to the beach. We spent a couple of hours there, and it was very fun, however,  just as we were leaving, we saw a huge Electric Ray, right were we had been swimming. That night, we all sat in the cockpit and had our drinks as the sun set, and after wards, all the kids played a card game called Malarky. The only problem with that anchorage is that it's very unprotected, and that night, it became very very windy. I slept through it, but apparently the winds were about thirty knots.
The next morning, we sailed over to the anchorage were we are now. It started of a bit rocky, but then got better. As soon as we arrived, we all went for a swim, and then had dinner. That night the kids all watched Mr. Beans holiday and then one episode of Fawlty Towers. They were both very funny. That night, the wind came again, but there were also waves this time. Luckily the anchor didn't drag, and the clothes that we drying on deck survived the night. This morning the kids did home-schooling, and now we are going to Isla San Francisco.
Bye
Posted by Outrider at 09:15 No comments:

Random pics from the past week - Peter 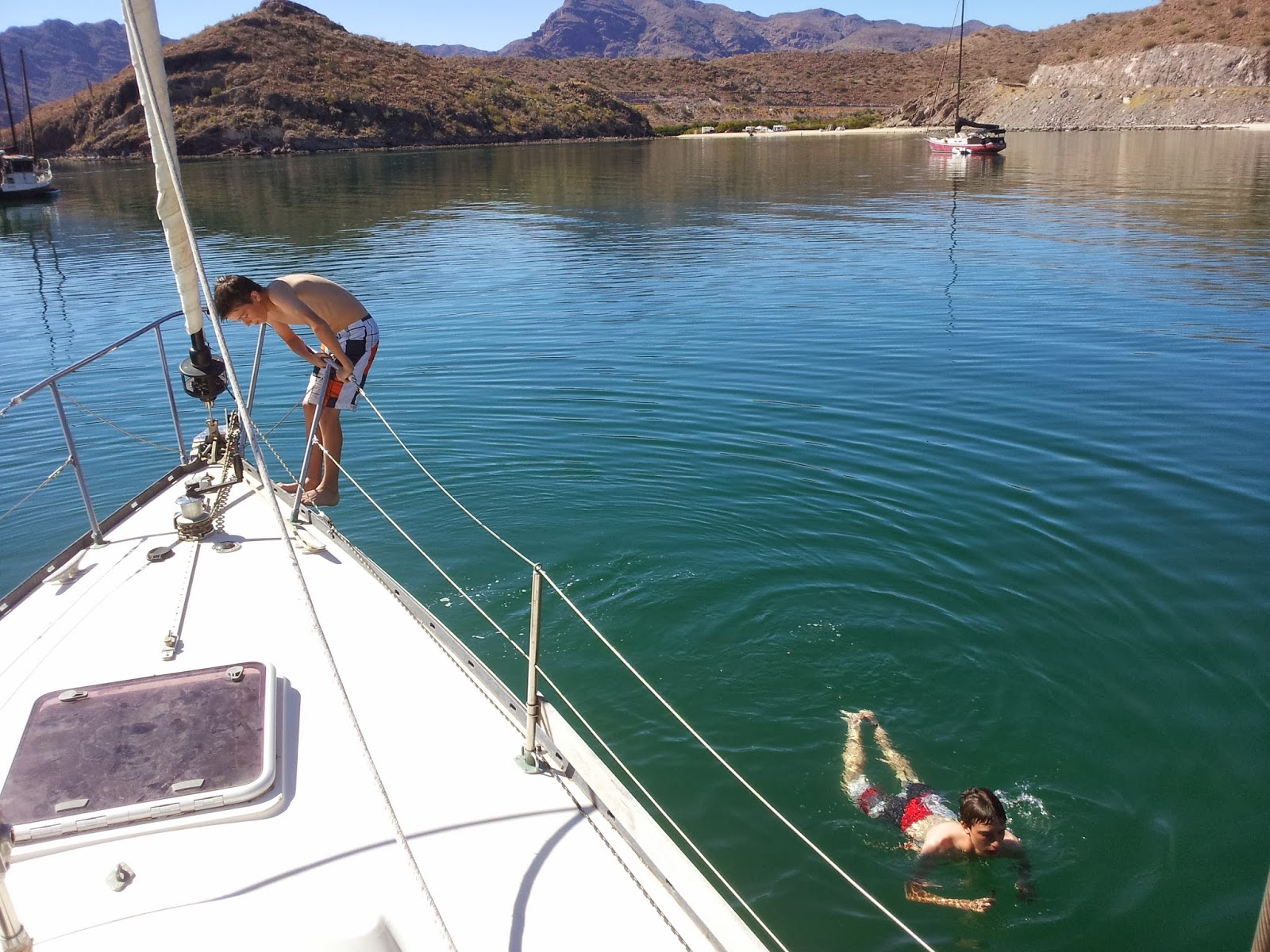 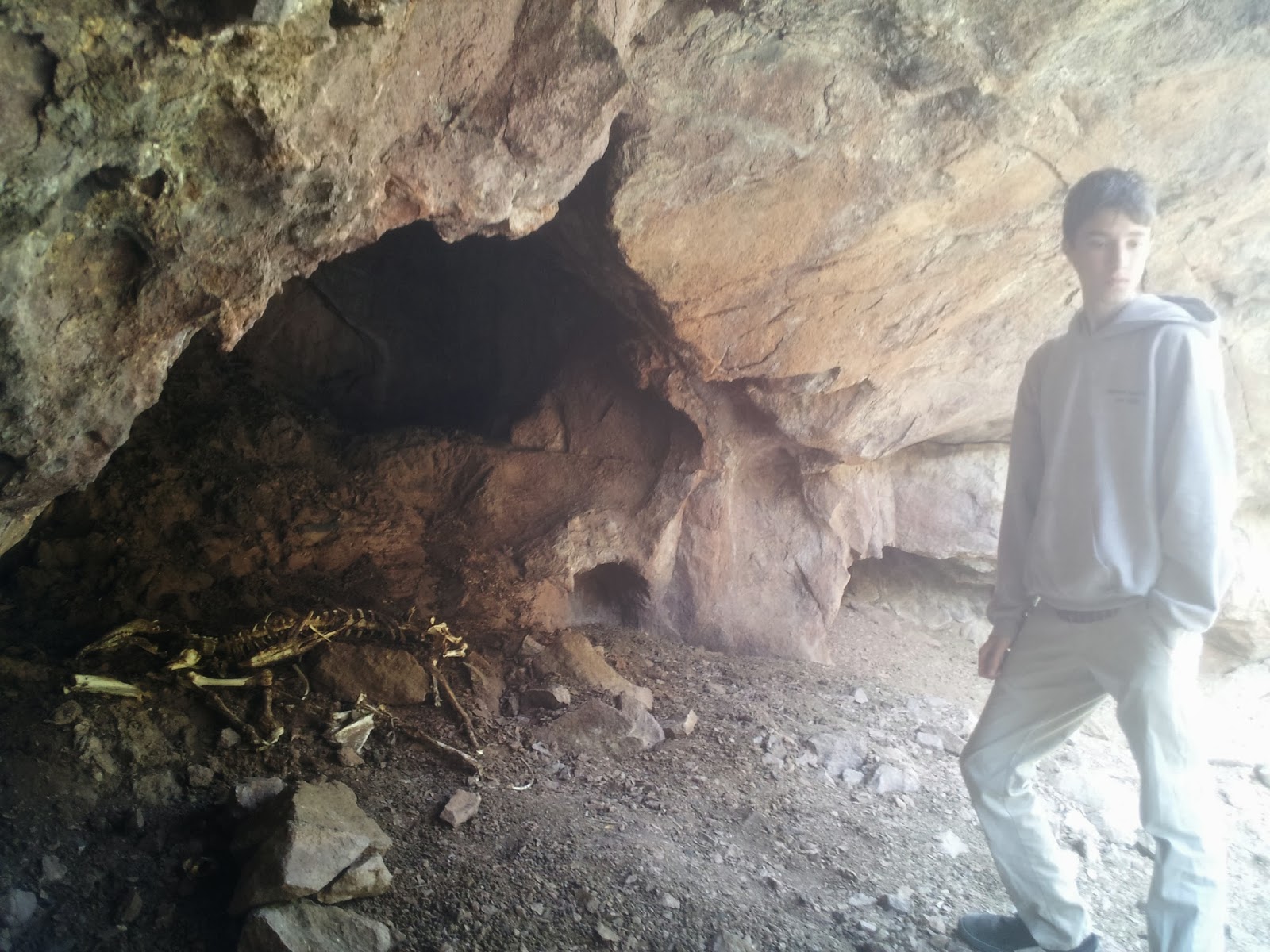 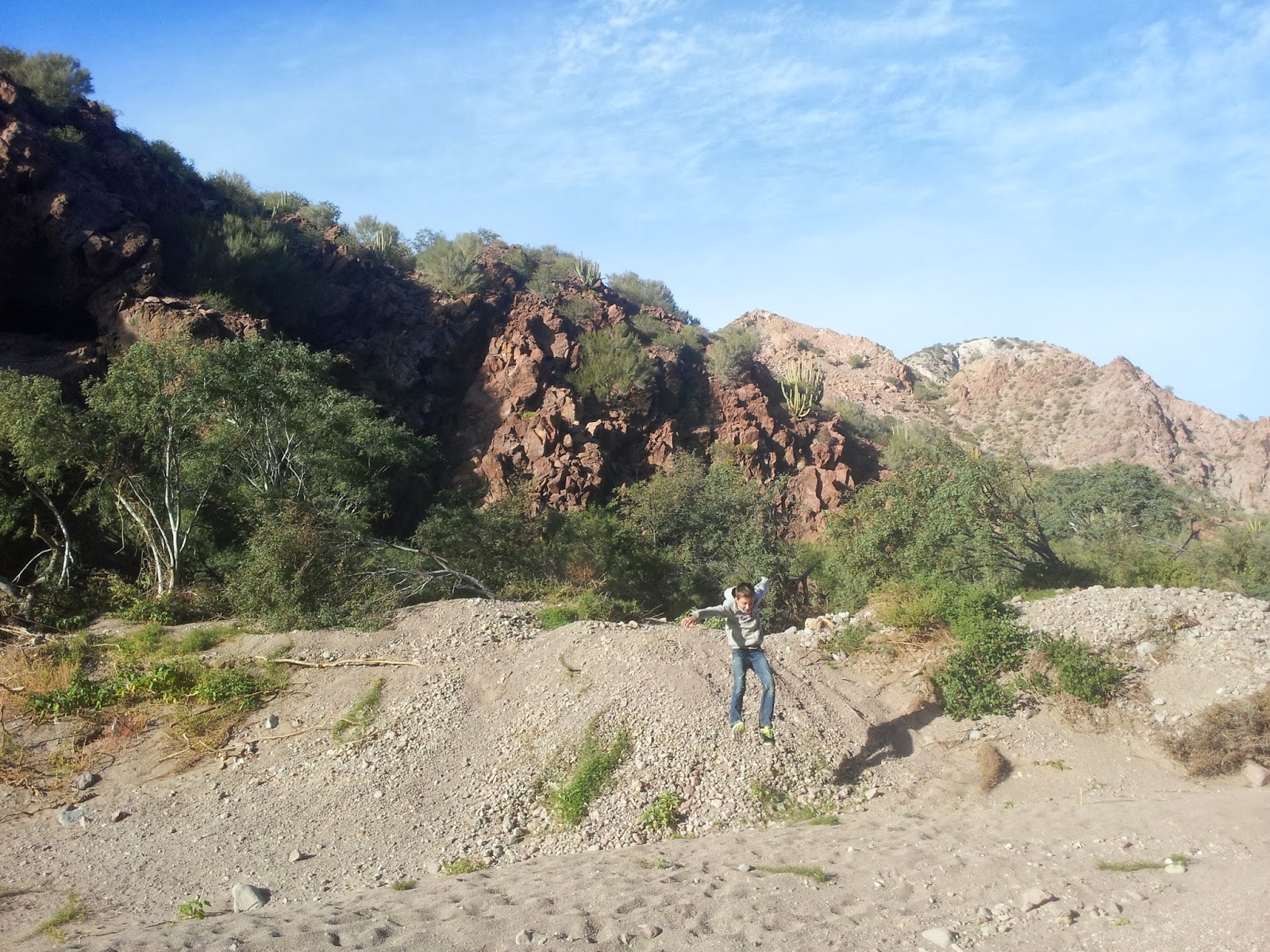 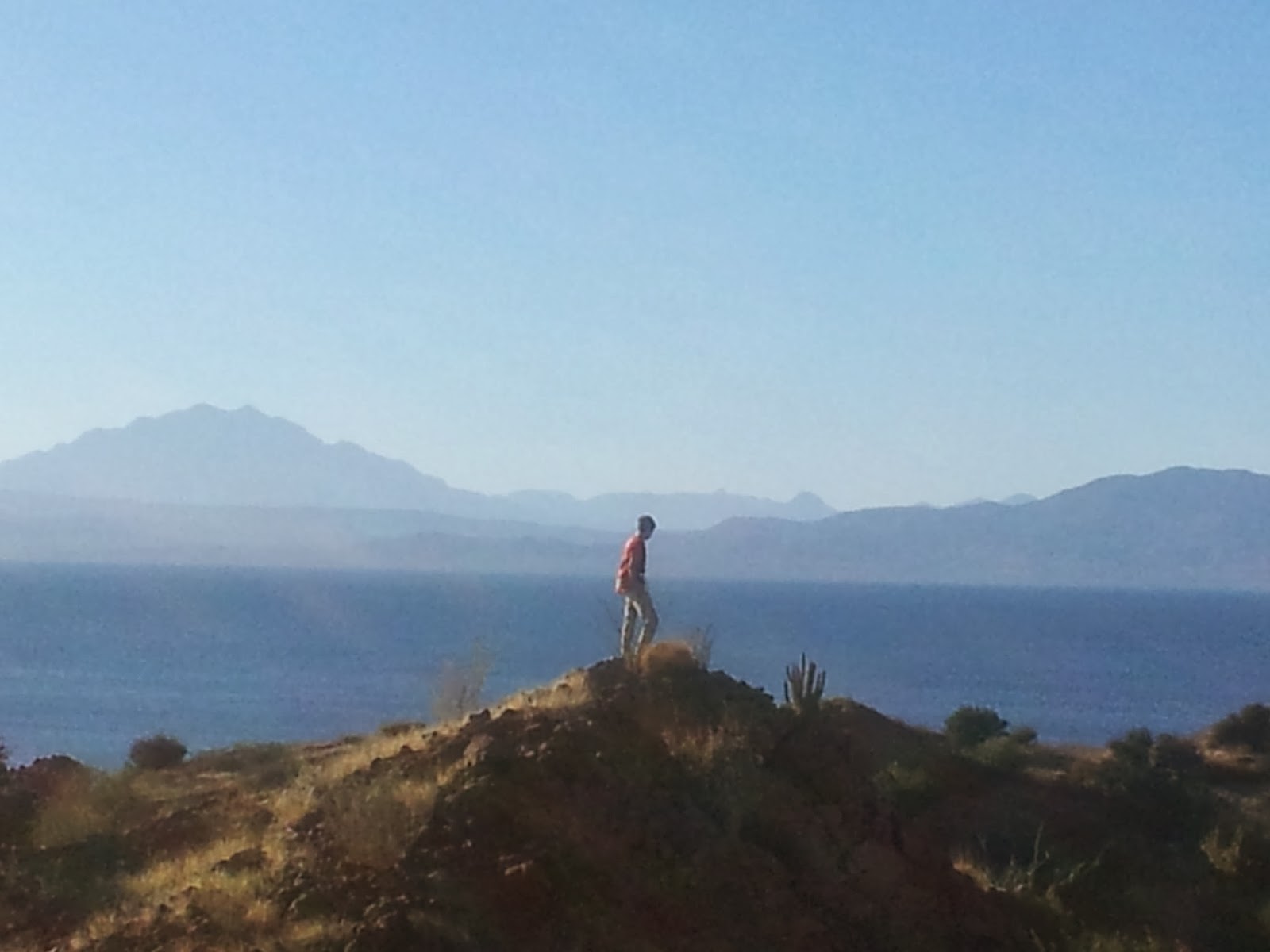 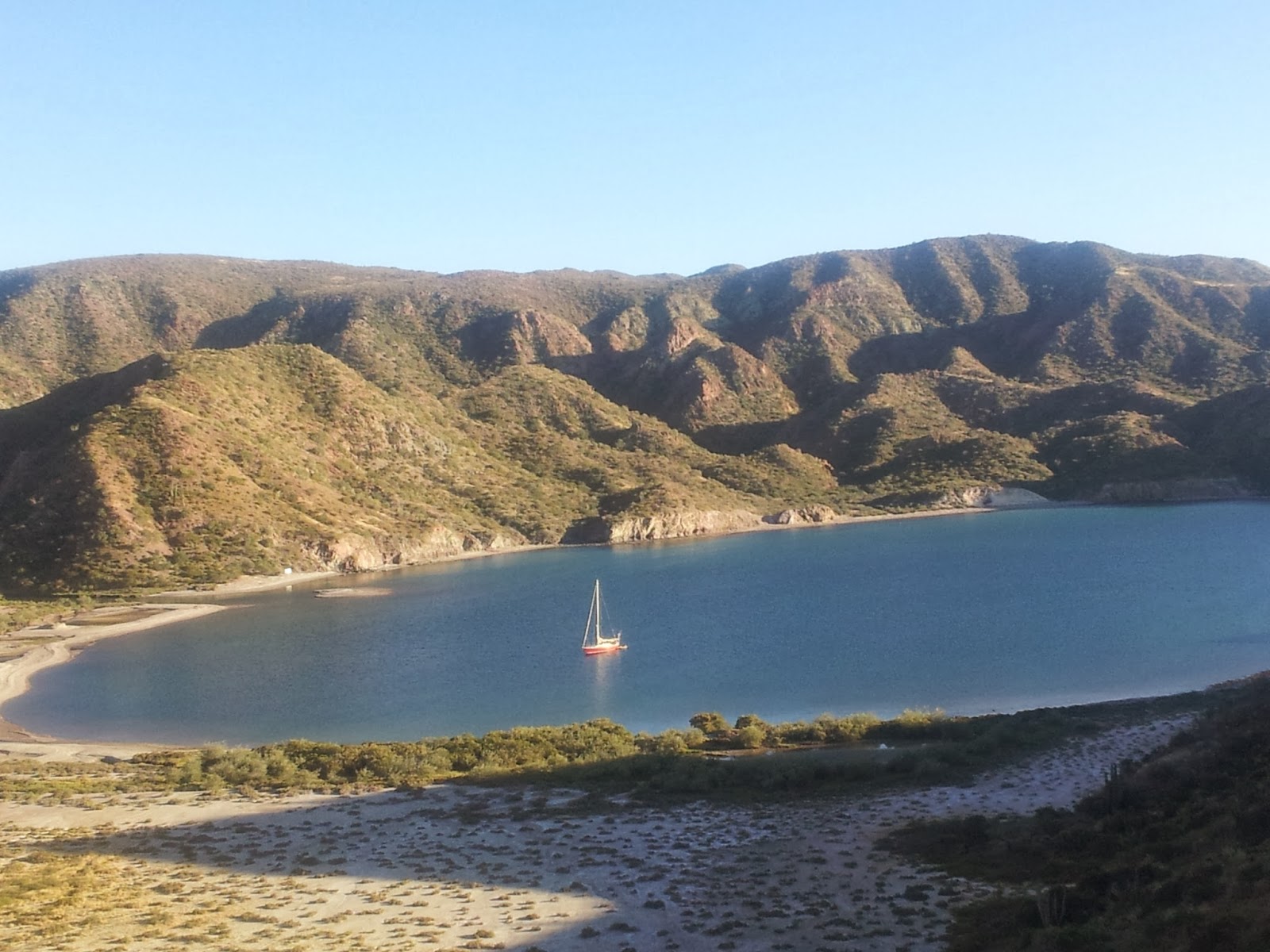 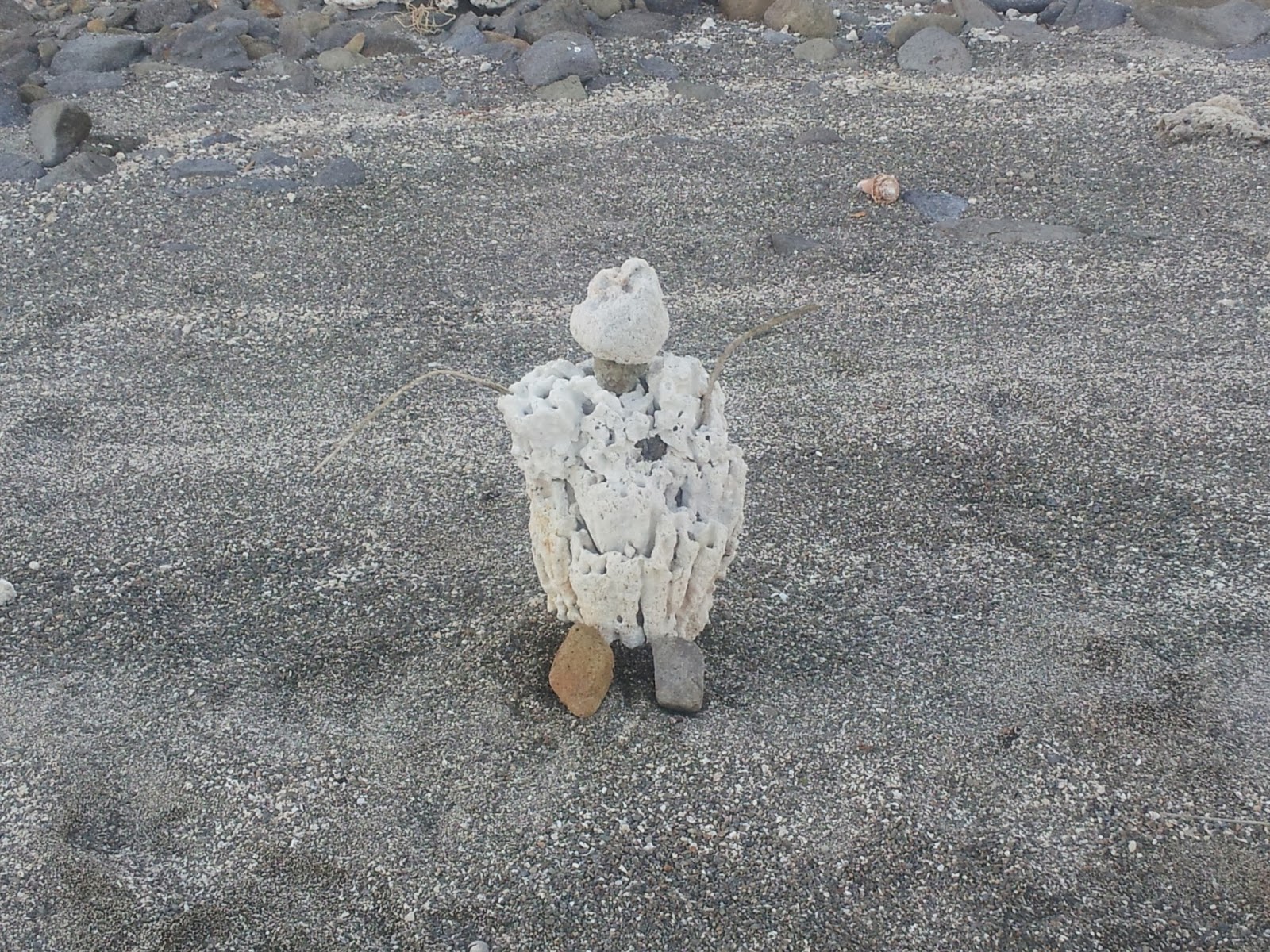 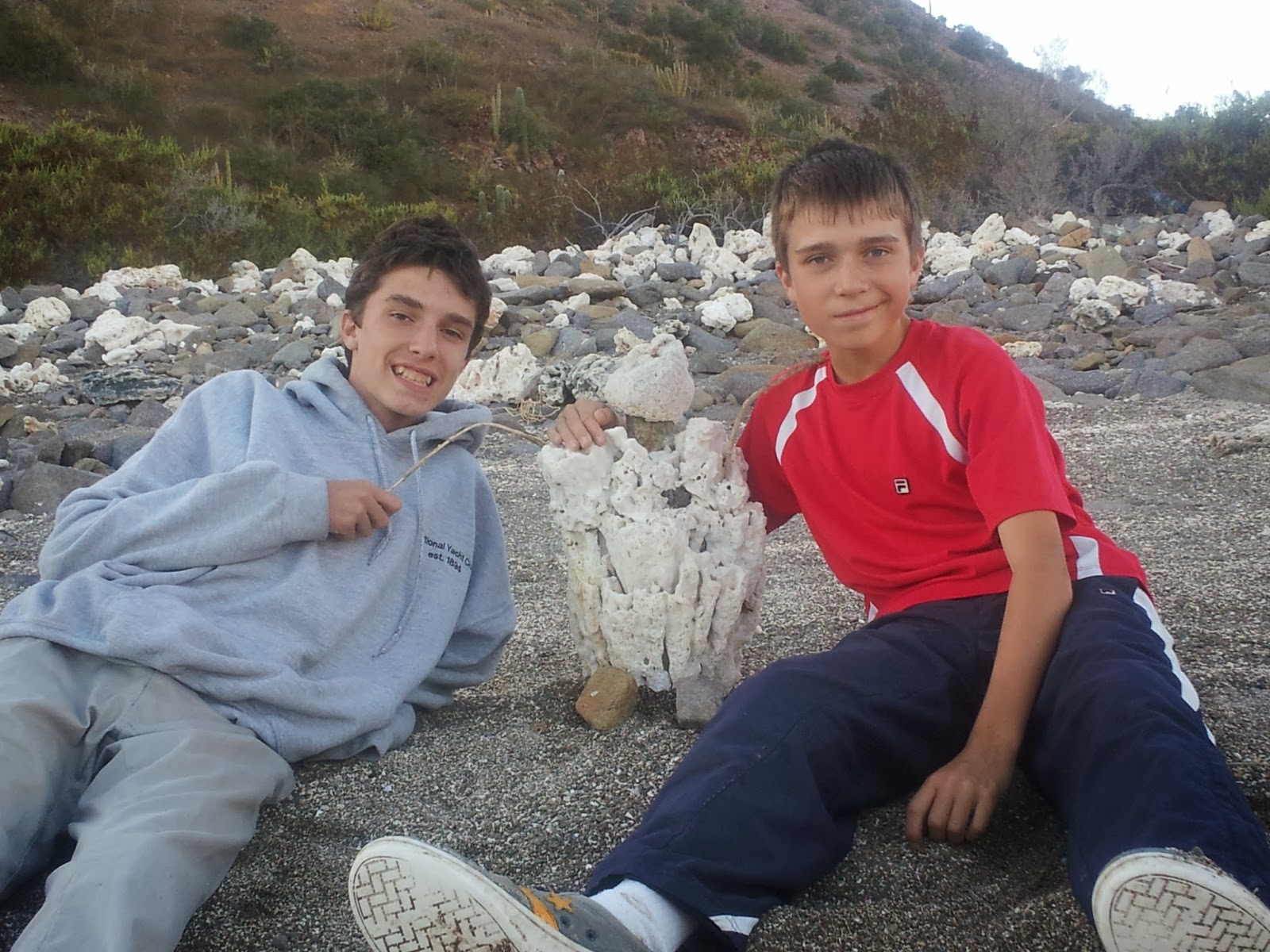 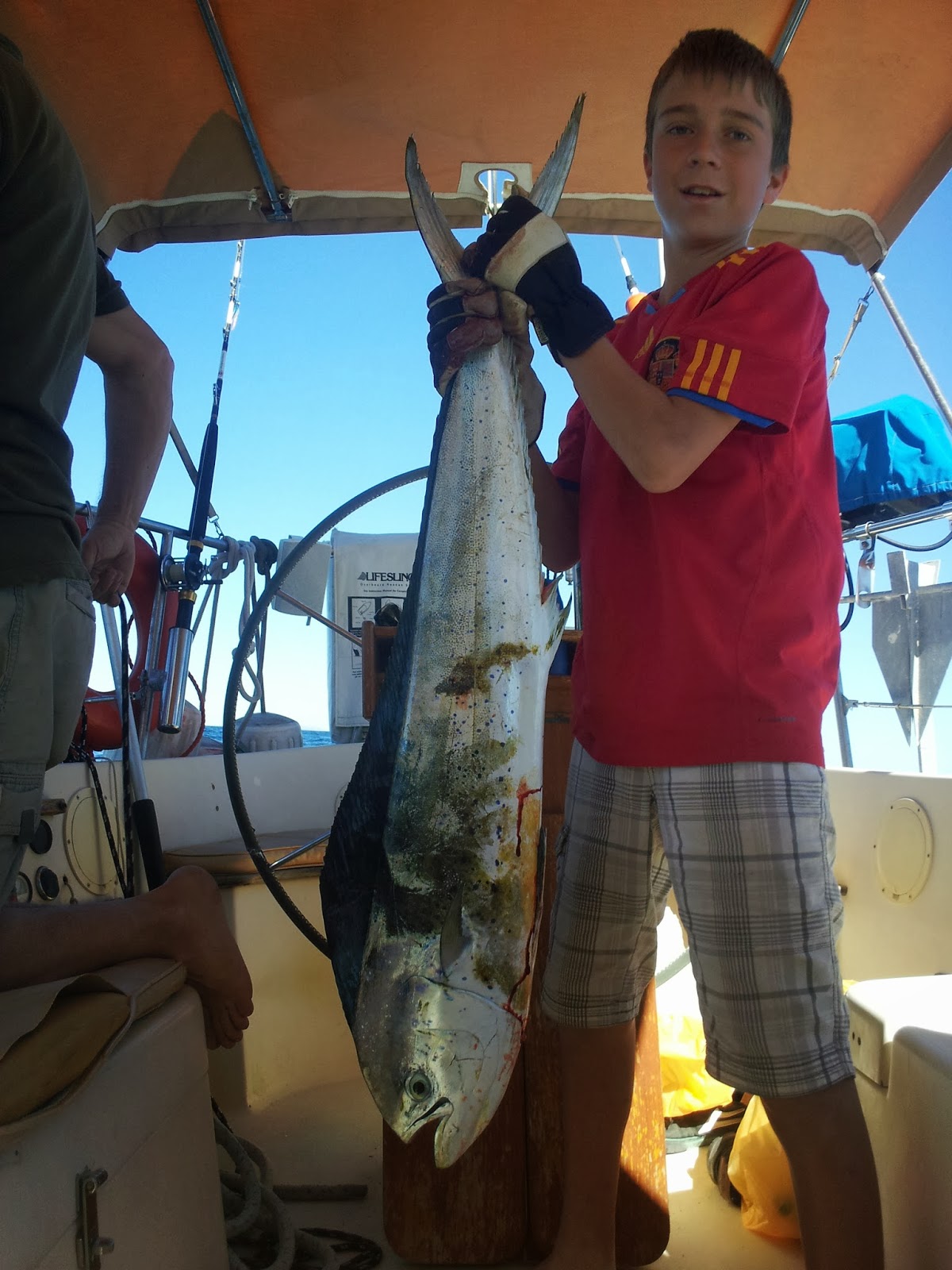 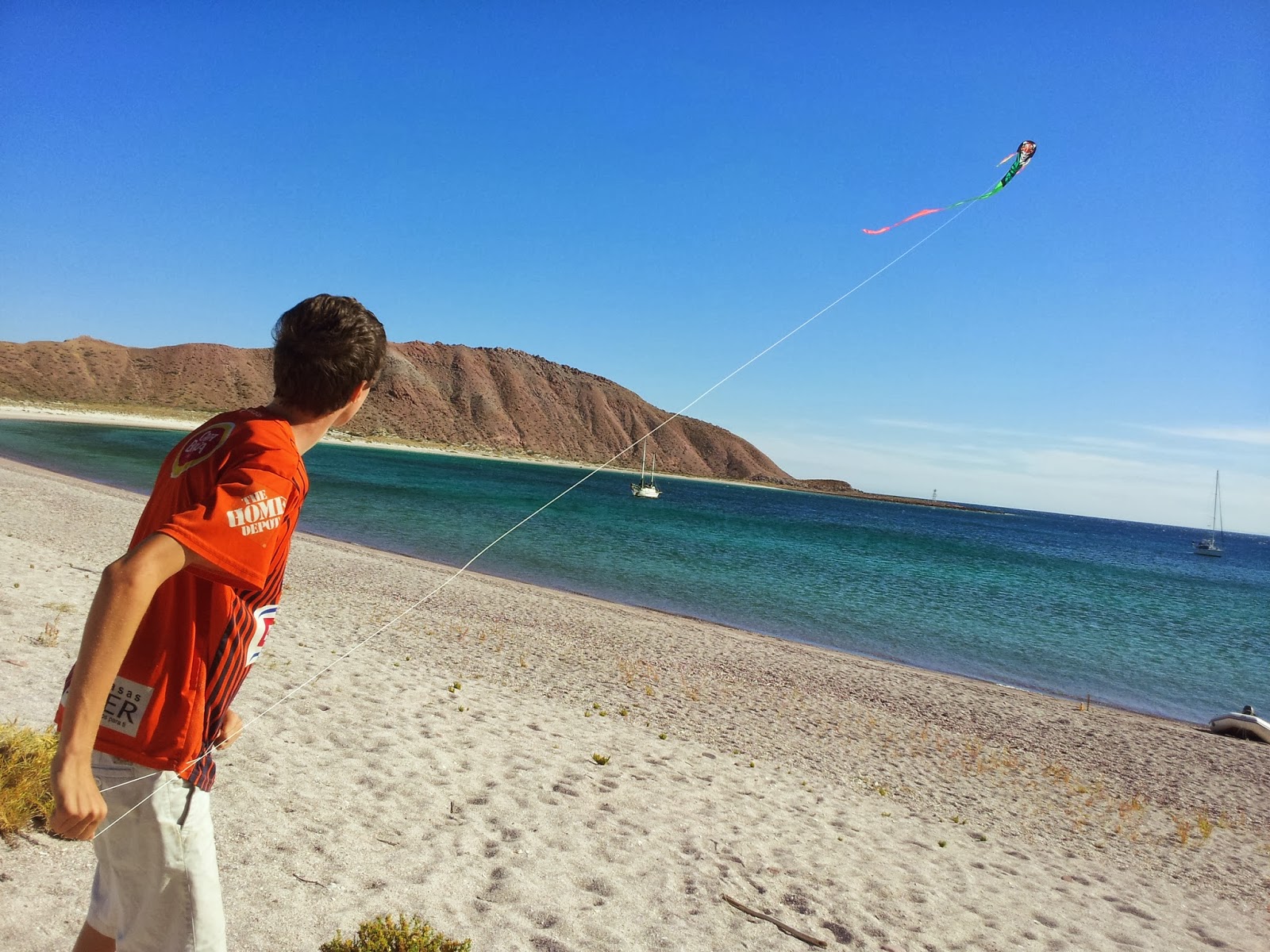 Posted by Outrider at 18:56 No comments:

I don't know what to write - Liam

We have finaly gotten to the beaches and the little villages, which is what I call the real Mexico, mainly because of the little villages though.So the past few days have been really relaxing, I just finished my school work for the month so I got a little break for a couple days, but now I'm starting my Febuary work.We have been alone in the last couple anchorages so we have just really not done much. Except for the anchorage we are curently in, Puerto Balandra, we have been doing a lot. We went for a hike, because in our chart book it says there is a tienda and a little town across the island, so we set off at around two o'clock, at around four we checked the time and found out we had gone about a fifth of the distance we needed to, so we just headed back. Also this morning my brother and I went kyaking throughout the bay for a couple hours, then we were practicly starving to death so we went back to our boat. The last thing we did was go for another hike through the hills, the only difference is this time we actualy got where we were heading, the top of the mountain, which had a great view, then we went back to our boat and Kai made tacos/fajitas.So now I'm going to go watch my second favourite movie: Catch me if you can, with Leonardo Decaprio and Tom Hanks.
Posted by Outrider at 16:04 No comments: