Just another relaxing day on the boat. 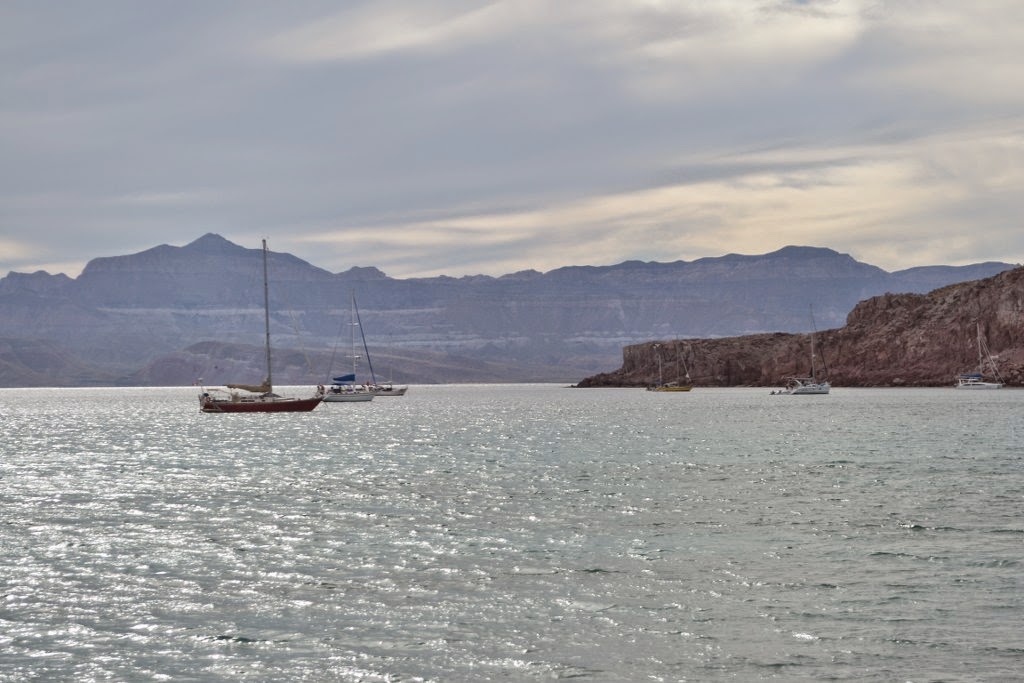 I had a newsletter to 100,000 people I had to get sent out, and I had a deadline of 4 pm to get it done. I had been working on the email for three days. It was 3:45 and I was almost done when I realized I had made a mistake and had to go back into the email system to change it.
We were anchored off the city of La Paz in southern Baja and the wind was picking up. They had forecast thunderstorms, and the clouds were building up large in the sky, dwarfing the city and the mountains behind it. We were in the very same place that only four months earlier a hurricane had come through. You could still see the wrecked boats on the beach a few metres away from us, and the crooked masts sticking out of the water just down the channel where three people had lost their lives.
If the impending storm brought with it wind and waves, at least it was daylight, and if our anchor dragged, at least we could motor away from the beach. 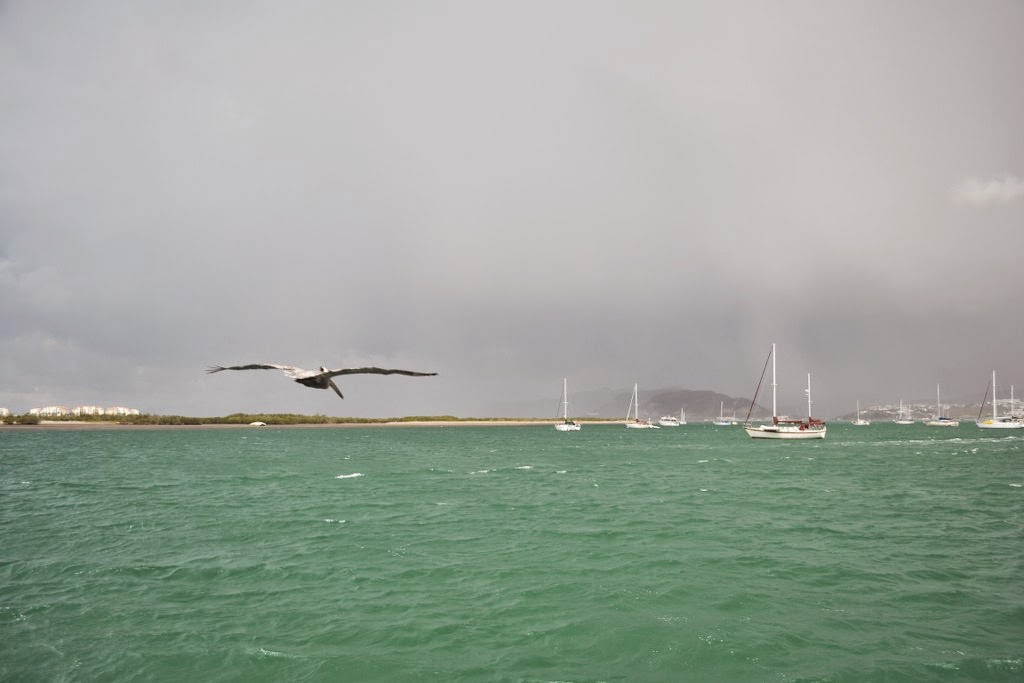 Kai and Liam had gone to shore in the dinghy to get a cheap lunch at the Oxxo - the equivalent of a 7/11. That was fine, it gave me a bit of space to finish off the email. They were suppose to bring back some water for our tanks on their return.
It was 3:50 and I was rushing to finalize the email as the boat started to heal over as the waves built up. I heard the sound of the dinghy engine approaching and voices mixed in with the wind. No worries, I had it all under control I thought. In a few moments I would be finished, I could then go attend to the gathering storm and assure that the boat was OK.
“What do I do with the water” Liam called out as they climbed aboard from the dinghy. “Put it into the water tank through the side deck” I said half listening. Kai came below and flopped onto his bunk. “Can we go to shore please” he said, “I don’t want to be on the boat if it gets hit by lightning”. I wasn’t really listening. You could hear the thunder in the distance. Just then the radio crackled to life: “22 knots in the anchorage” someone on one of the other seventy odd boats announced. The wind was building and the storm was not yet even upon us. Just then Liam poked his head through the companion way hatch: “I have some bad news” he said, and in an instant I new what had happened… 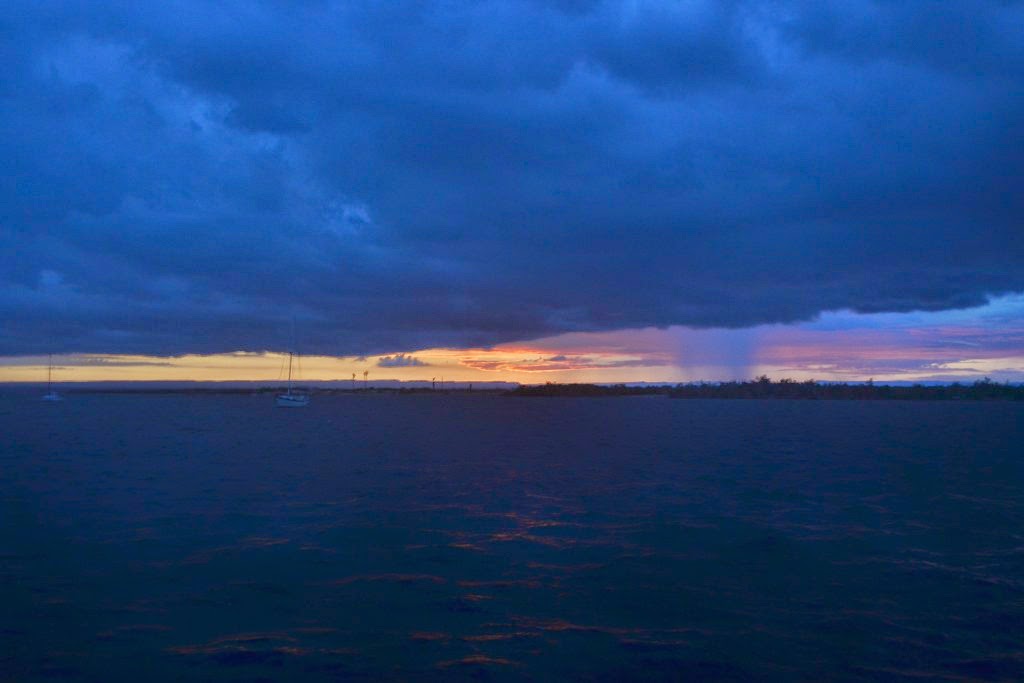 “No! Don’t tell me you put the water in the fuel tank!?!” I said. “Sorry” he said. And then I lost it. With water in the fuel tank we could not start the engine. I had five minutes to get the email finished, the wind was picking up, and now we would have no way to motor to safety if the storm pushed us to shore.
What to do - first, freak out. Not at Liam as it was an honest mistake, but at least to send home the message that we could have a serious problem. And even if the storm blew over, it may cost money and time and a lot of hassle to get someone to remove the water from the tank.
I sat down to finish the email. Now however I was somewhat distracted. I did not know if I fixed the problem with the email I had been working on, and then I saw another one. More thunder, and the boat started to buck up to the waves as if to add to the urgency.
Ugh. That is it. I have to send out the email. Hopefully it all works. A hundred-thousand people getting an email with links to buy something only to find that the links do not work is not a good way to run a business, but my time was up. I hit the send button.
The water in the tank - what to do. I got on the radio; “Attention the fleet, attention the fleet. My son accidentally poured water into our diesel tank. If anyone has advice on what to do I would greatly appreciate it”. Most people were tending to their boats in the storm. No doubt my call made them think “geez, bad timing, thank god that is not me…’. I got a number of responses, the most useful being to drain the water out of the bottom of the tank if I can. The least useful being “Oh Outrider, why did you not tell me you were in town. So naughty of you” - apparently there was another Outrider out there that someone was missing. When I told her that we were someone different, she still wanted to chat. 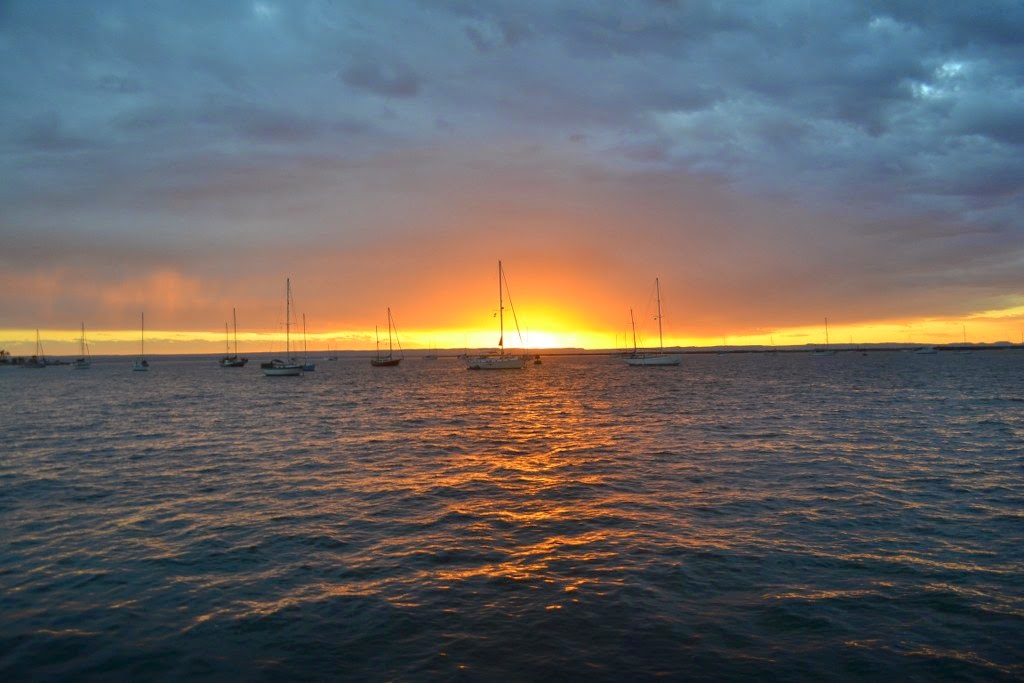 Liam stuck his head below, “it looks like the storm is passing” he said. I looked out the hatch. Large clouds had obscured most of the sky and the mountains beyond were gone. But he was right, it seemed the clouds were moving in a different direction.
On to the water in the fuel. Liam and I pulled the fuel line from the bottom of the tank, got a jug and a small pump I use for oil changes, and pumped. Water and diesel and all kinds of gooey crap came out of the bottom of the fuel tank. We pumped until it looked like most of the water was out, put it all back together, started the engine, and watched the fuel filter to see what came through. Water, mostly water, and then diesel.
Storm passing, engine working. Back to my email. I tried to log onto the Internet to see if the email went out, but got a message that my monthly Internet account had expired. The email had been sent just in time, but now I had no way of knowing what came of it.


“Can we get off the boat now” Kai asked. “Yes” I said. Off to Kai’s ‘welcome to the boat’ dinner at the restaurant on shore. Two margaritas for me. 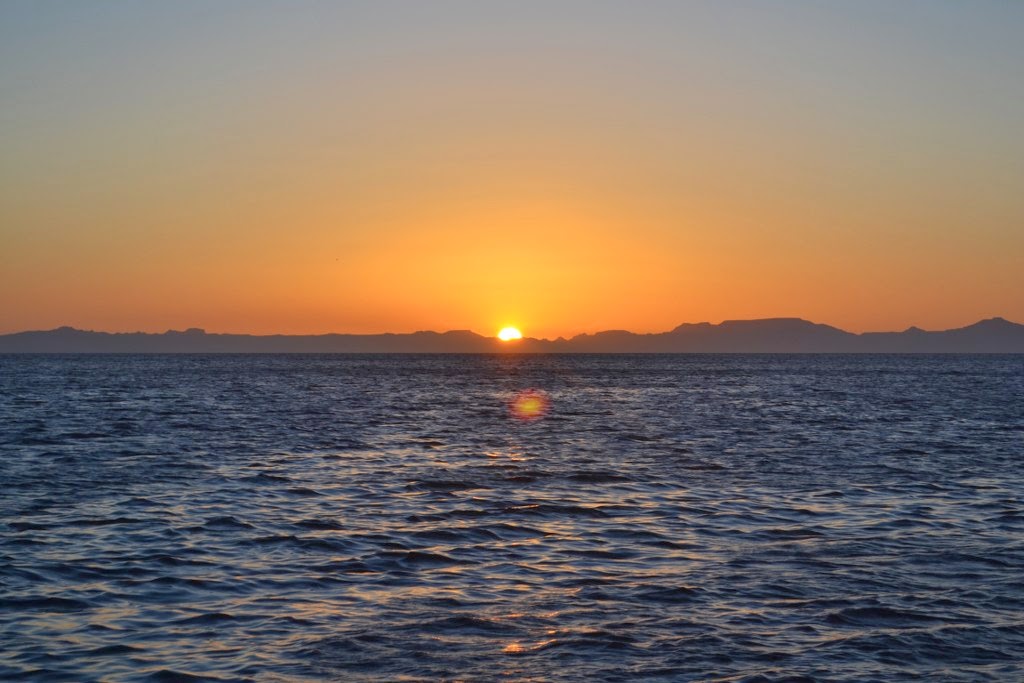