We have finally left the Guaymas area after two weeks of preparing for the crossing, our plan was to pull out of San Carlos just after noon, and arrive the next day in Bahia Concepcion at sunrise. Once everything was ship shape, we left. The seas were very calm and we had around 12 knots of wind, it couldn't have got much better. One of the greatest things about the Sea of Cortez is the sunsets out at sea, and that night we got it. Once it got dark we were cruising comfortably with both sails up, no engine at seven knots. 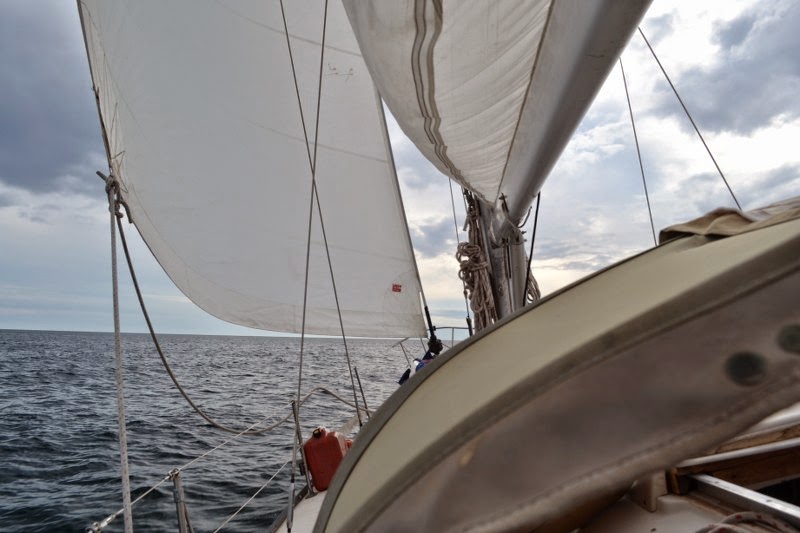 My first shift was 4:30 to 6:30 PM, then we had dinner and after I slept from 7:00 to 9:00 PM, once I got up my shift was 9 PM to 3 AM, so I had a long night ahead, the way I like to spend my crossings is get food and blast Coldplay all night, this is how I make some of my best memories from our trips. At one point the win died so I had to start up the engine, but once it picked up again I adjusted the sails, killed the engine and we went flying over 7 knots. Where ever you are in the Sea of Cortez, once night comes the sea fills with phosphorescent, these are a very small plant or algae that when disturbed lights up in a green turquoise colour, if you have seen Life of Pi you would know what it is like, when the whale breaks through the surface. But it is much cooler in person then through a TV, especially when there is something in the water. 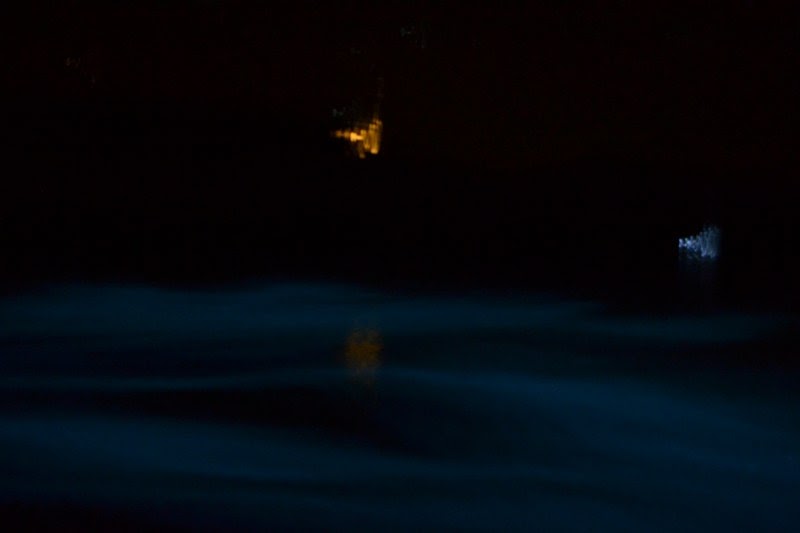 During the crossing at around 1 in the morning we were joined by a group of dolphins, by this time the phosphorescent were very strong, so the dolphins swimming next to us were not grey or blue, they were green. It looked like something from a dream, these green dolphins just swimming next to the boat, it is something you really can't picture as impressive as it really was. The boat would also pass through the occasional school of fish, but it wasn't only the water being lit up that night, all around us there was lightning the whole night coming from different places every hour. We ended up arriving ahead of schedule when it was still dark so we had to sit outside the bay for a while until the sun rose. We anchored in Santo Domingo in Bahia Concepcion, from the boat the area didn't look like much but the sunset again was incredible. 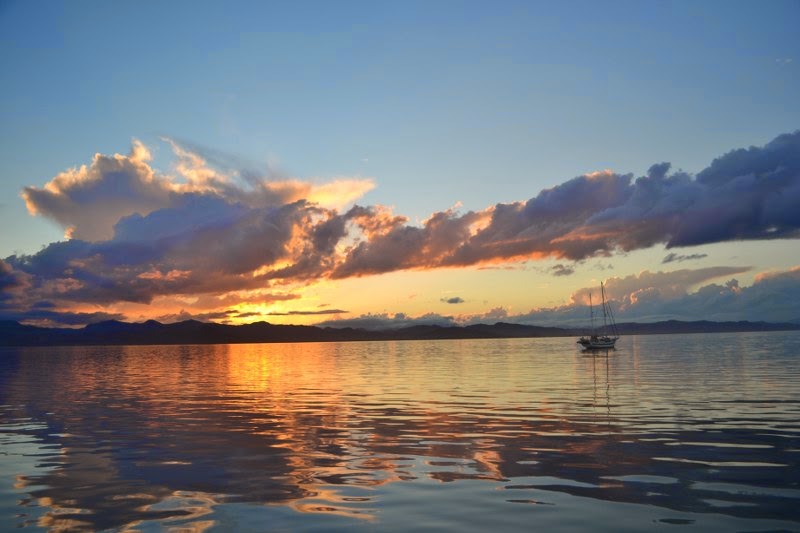 I decided to go see how the beach was, and it was definitely not what I was expecting. The beach was wide and long white sand, the water was crystal clear and warm, it was definitely not what we thought it would be like from the boat. That night we had a fire on the beach with the two other boats there, Harmony and Rosalita, we cooked food on a grill and then ate as we talked with sunset. The next morning we set off for our next destination further south, San Juanico. 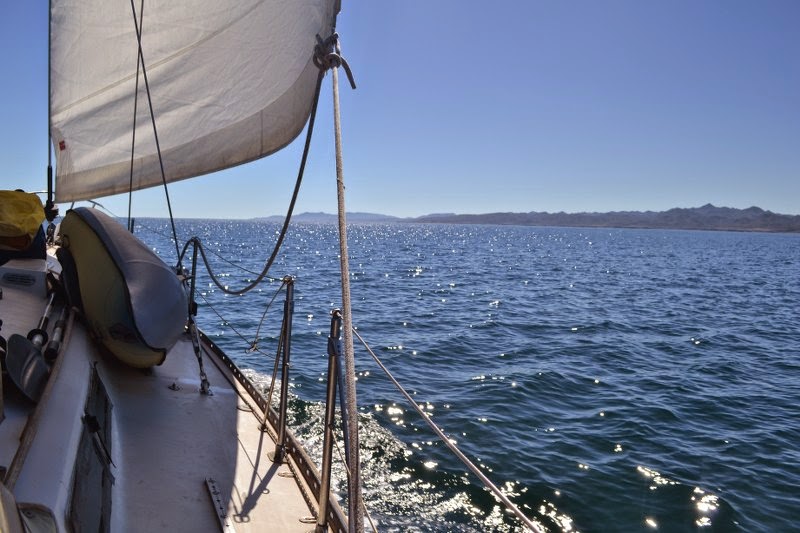 We rounded the point of the bay and started heading south. I was making some noodles down below, my dad was also down below so I stuck my head up to look around and make sure everything was ok, but when I looked up I caught a glimpse of something. I continued to look and then I saw it again, and we were heading straight for a blue whale. 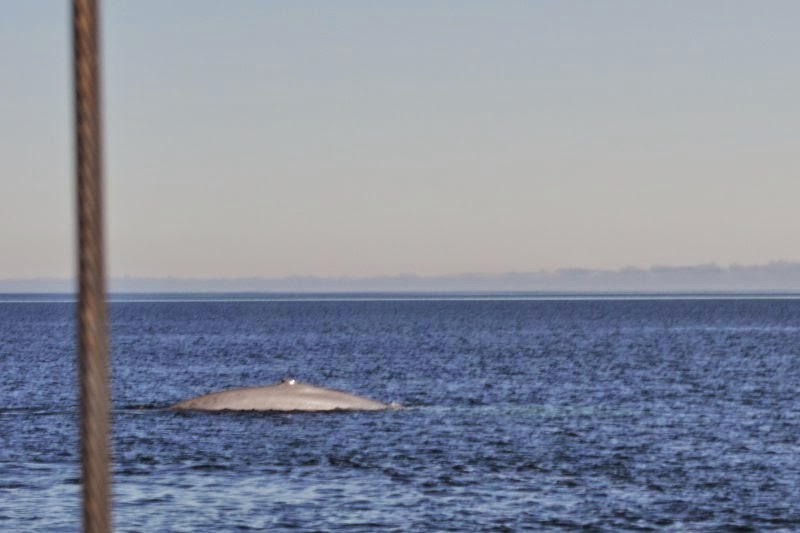 We put the boat into neutral and slowly drifted to where it had just been, after a while we realised that the whale was circling us, we put the boat back into forward and eventually it took off, throughout the trip we saw the occasional blue whale, and then a pod of pilot whales. We arrived at the next anchorage 8 hours later, I went for a kayak ride, went fishing and caught a puffer fish, ate dinner (not the puffer fish,) then sat down and rote this blog, now I have to go do the dishes so bye. 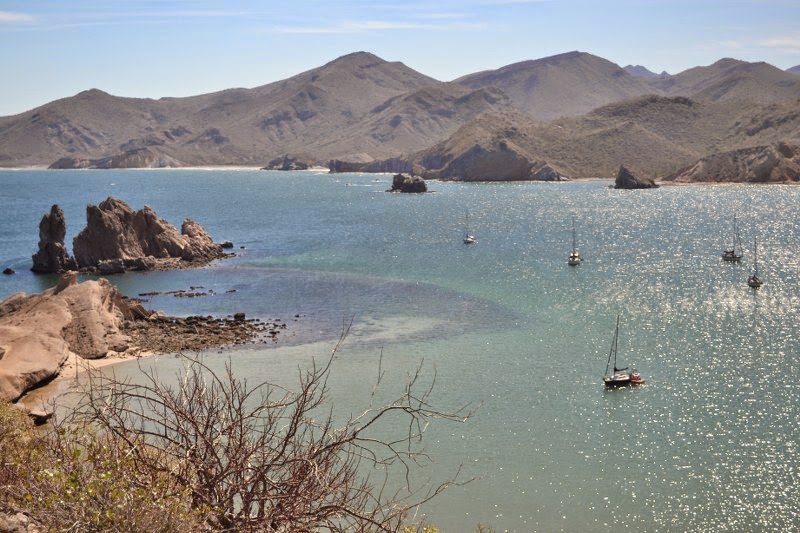