Traveling to Mexico by bus

I am sitting in the salon of Outrider, 8:30 PM Monday, February 2. The end of mine and Liam’s first full day back at the boat. Earlier we were invited to a boater’s potluck. After dinner I played the guitar while Liam marveled at what his photo’s look like on the laptop. I am trying to relax, but the past month has been a blur without much time to stop. It seemed that there was so much to do in order to get here. Rent the apartment, do the boat-show talks, get caught up with work, clean and clear the apartment, get Kai’s submission for art school in, get boat parts, get passports. Then get the bus, get across the border into the US, get the planes, get another bus, get across the Mexican border, get to the boat.

It is warm and sunny here. We heard there is a snowstorm back in Toronto. It seems so far away already.

Saturday morning we had to get up before the sun came up in order to make it to the bus that would take us to the Buffalo airport. Elisabeth drove us and dropped us off for the 7 AM ride. It was good to finally get going, but not nice to leave Kai and Elisabeth.

The bus ride was to Buffalo uneventful. The US boarder was the usual questions. I recognized the boarder guard from last year when we crossed. ‘Why was Liam out of school’ she wanted to know. She had the same look of suspicion and dissatisfaction with my answers to her questions as she had the previous year.

We got to the airport and had to wait for four hours for our first flight. Liam busied himself taking pictures of planes with his new camera and texting friends on his phone. He had an app that told him about the flights. “Our flight has been delayed” he said. I did some work on my laptop. The time for our departure came and went. I asked Liam how much longer the delay was and suddenly realized that his answer was a bit obscure. I got up and quickly went over to the departure board and was shocked to see that the status of our flight was ‘on time’ and was suppose to have just left two minutes ago. I yelled to Liam and we ran across the terminal to our gate. The plane was boarded and we were the last of a couple of people to rush on. We had almost missed our flight… 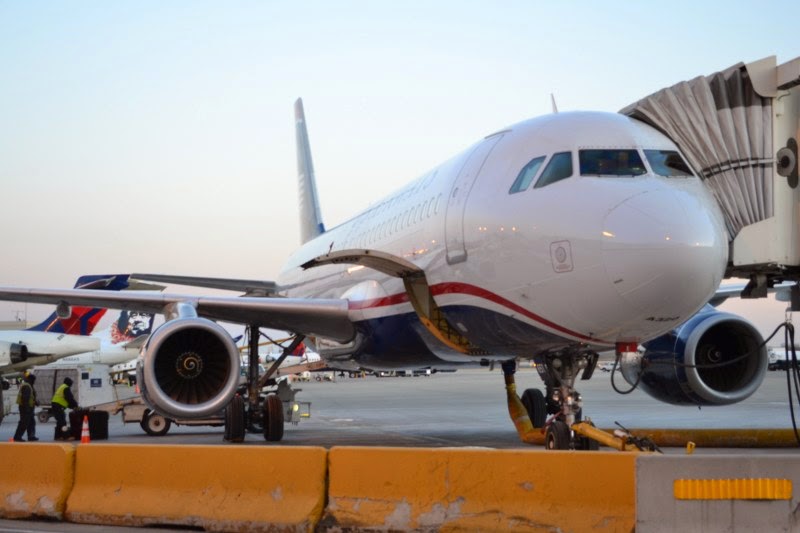 As we boarded the plane I asked the stewardess if they ever allow kids to check out the cockpit anymore. She went to the Captain and Liam was immediately invited to go to the cockpit and chat with the pilots. When the plane landed they let him sit in the captain’s chair. 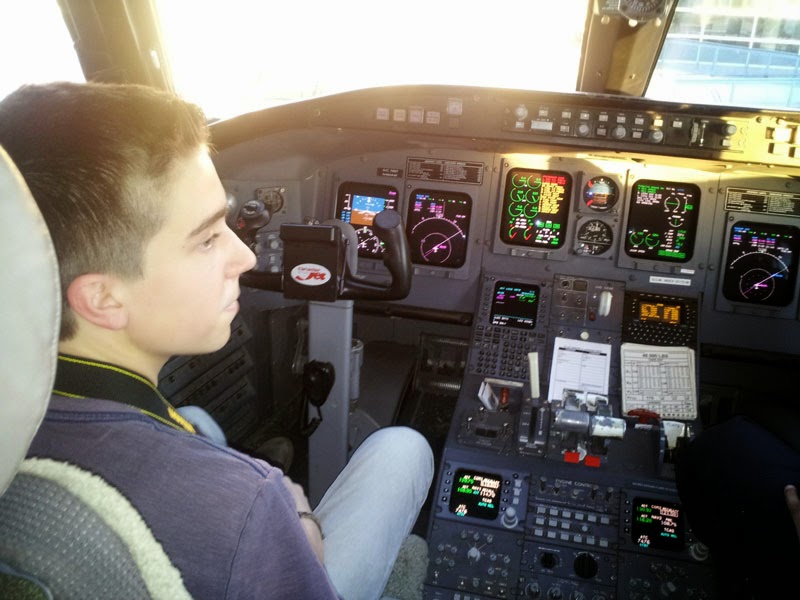 From Buffalo we flew to Philadelphia, from Philadelphia to Phoenix, from Phoenix to Tucson. We arrived in Tucson close to midnight and walked the half a kilometer to our hotel. All the boat parts I had ordered, including a rebuilt transmission from the UK, were waiting for us there.

The next morning we got the bus that would take us across the border and into Nogalas, Mexico. Crossing the Mexican border by bus is a crap shoot. This would be our third time doing it, and each time was different. The first time the US side had asked the kids if they were being taken across the border against their will. The second time the bus did not stop at customs and immigration on the Mexican side (it was closed that day…) and so we were barreling into Mexico without a tourist visa before I realized what was going on. This time around I had this 30 pound boat transmission, and this time Mexican customs decided to go through our stuff. And the fellow who went through our stuff was not happy. I thought he was going to confiscate the transmission. In the end he got his supervisor who casually said “is no problem” and waved us on. Un-happy customs guy looked even less happy, but we were through.

Next it was on to immigration down the hall. We were the only non-Mexicans on the bus. Our visa’s were $28 US each. No problem, except they only took cash and we only had $48. I had to run around Nogalas, Mexico looking for an ATM that would take my bank card while a bus full of people waited for us back at the boarder. It was Sunday,and the bank machine the immigration guy sent me to six blocks away was, not surprisingly, out of service. Miraculously there was one a few blocks further that was working and gave me cash. I ran back to the border, out of breath. “Only exact change”. It was 640 pesos for the visas. “It is OK”, the nice immigration guy said, “I take 700, it no problem”.

Boarding the bus and have it pull into Mexico was a massive relief - we had made it over the last major hurdle. Liam was sleeping as the bus pulled into Guaymas at 4:30 PM. I woke him and we got a taxi to the boat. It was still light out when we climbed aboard. All was as we had left it almost 11 months earlier. 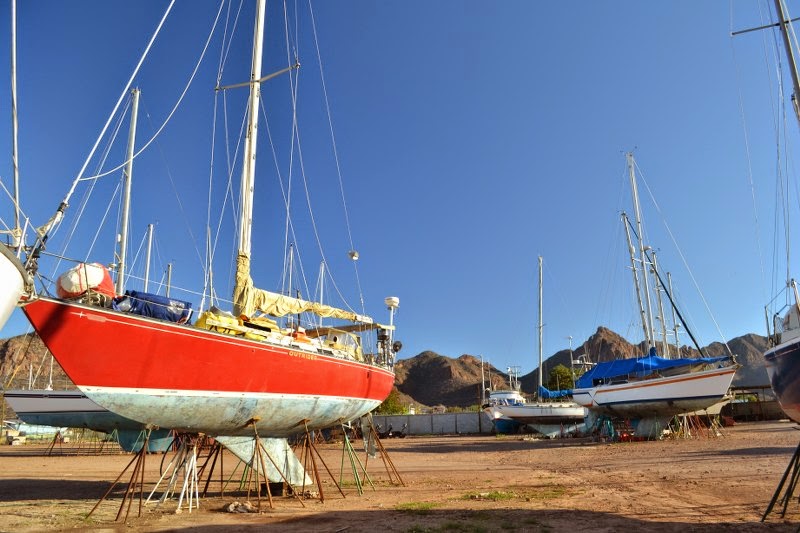