It rained here last night. Like ‘really’ rained. That is unusual when you are in a desert. The boat was dirty; full of dust from the dirt-yard marina it had been in for the last ten months.

I could draw a metaphor about how the rain washes the past away and leaves a clean surface to begin anew. However, this is not a tropical garden, and the sun did not come out after the rain. This is a desert, and the rain feels out of place here. The sky is grey and sullen, and it makes the desert below seem little more than mud. The boat did get washed, but the funny thing about boats is they leak, not from the water pushing up underneath, but from the water washing over the deck. There are many more holes on the surface of a boat than there are underneath, and the water on the deck finds ways of getting in - in through the old windows with the dried-out seems, in from the miss-fitting hatch over my bunk. We are litteraly sinking from above.

We left the Singlar Marina, the main marina in Guaymas, and headed out to the ‘Almost Free Marina’ (thirty pesos a day, about $3 Canadian). It is nice there because it is behind a mountain from Guaymas, so even though it is only thirty minutes away, it feels like you are in the middle of nowhere.

Liam wanted to get off the boat and take pictures, which we did. From the top of the mountain by the marina you can see the Sea of Cortez, and Liam started pining for heading out to sea. But before we could do that there were a number of projects that needed taking care of on the boat.

So we hoisted the sails, did an oil change, as well as a number of other jobs. Liam’s job was to try to catch fish from the dock with the new line and lure we got in town. 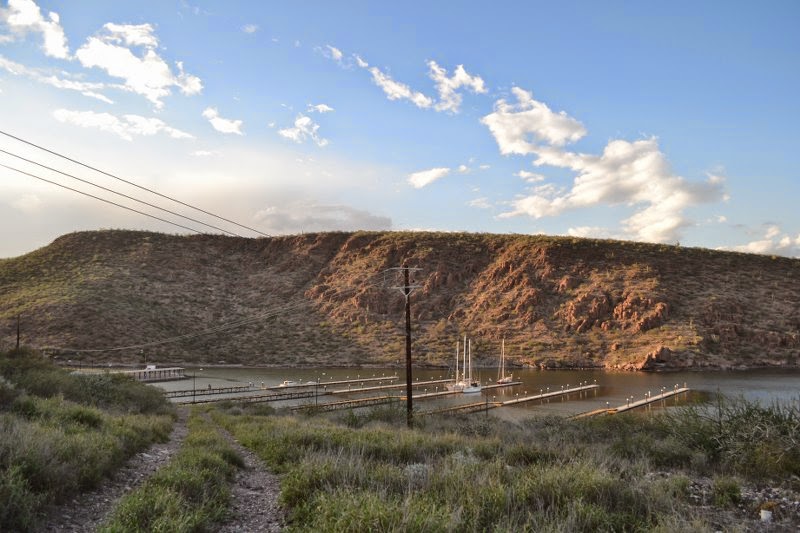 There were only two other boats here. I recognized them both from the previous year. Both are Canadian, and they winter in Mexico at this marina every year. “I just go back up to Canada in the summer to get by asshole fixed, I get it fixed every year” - so said the fellow on one of the boats who came over to talk to us while we were putting our sails up. Liam looked at him out of the corner of his eye. In the course of the couple of visits to us while we were working he told us he hated Leach and McBride - the folks that made the sails for our boat, he hated Mitsubishi - the maker of our engine, and finally “You guys are pretty small, that is too bad, sorry to see that”. Liam later commented that he was “not too sure about that guy…”. 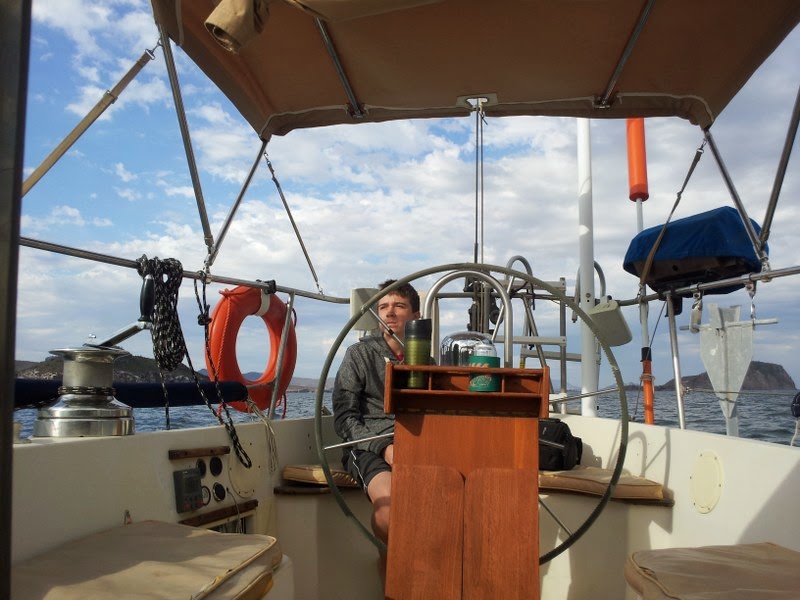 The Almost Free Marina was nice, but after a day it felt like we had seen it, so Liam pushed me to make the passage to San Carlos, about 3 hours away. I was a bit nervous as the boat was not really ready, and you could see the storm clouds heading towards us from the south. But we had not been to SC before. In the end the passage was good, and it was nice to finally be out at sea.

And we arrived just in time. We picked up a mooring buoy, and within ten minutes the rain began. Liam made dinner, then made popcorn and watched a movie. I spent the evening I staring at my computer screen, listening to the rain, wondering if the boat, and I, would be washed clean. 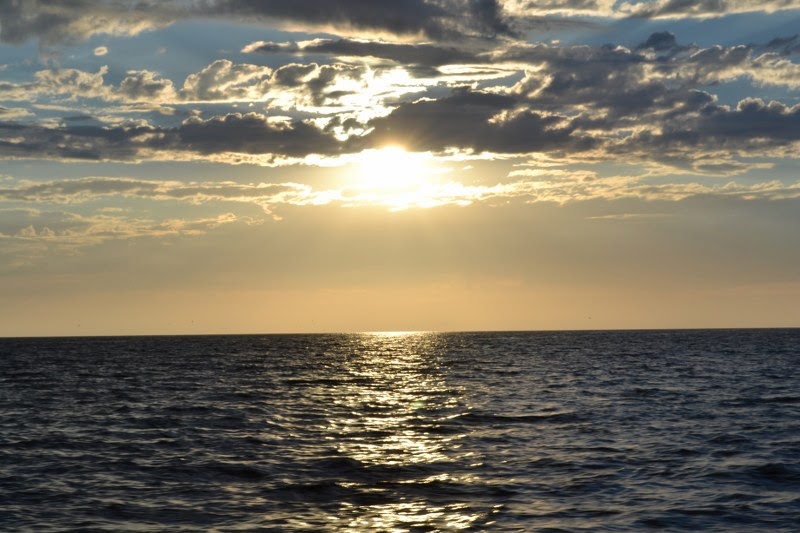