A Tale of Two Dogs - Peter

We arrived at the US / Mexican border at about 4 PM. The bus pulled up to fenced off buildings and stopped. The US border guards, dressed in bullet proof vests,  tasers and guns at their hips came aboard and spoke in Spanish. The only thing I understood was ‘compendia’?, which of course I did not. Then they brought the dog aboard. Wagging its tail it sniffed the two young women seated behind us. They and their luggage were swiftly taken off the bus and did not come back. After half an hour or so the bus was allowed to move ahead into Mexico. The bus stopped. A guy in an old uniform of some kind came aboard and spoke in Spanish, then started moving up the ail. People were handing him change. When he got to our seat I said ‘no intienda’, to which he responded ‘tip’. I gave him ten pesos and he continued on. He got off and the bus rolled on. That is odd, I thought, when are they going to take us off, ask for our passports, look through our luggage, etc. I asked if anyone new if we were going to stop. The only person on the bus that spoke English was a woman at the back and she said ‘yes, soon’. OK I thought. I don’t want to be in Mexico without the proper papers. But we were. The bus never did stop at the border, except for the one lone border guard who came aboard asking for a tip. Fortunately half an hour later the bus stopped at a check point and I was able to convince someone that we wanted documents. The bus was held up for almost an hour while they reluctantly did the immigration paperwork for us.

We arrived into Guaymas near 11PM, and after almost 48 hours of travel we awoke the next morning on the boat.  We were greeted by a happy, little puppy sitting at the bottom of the ladder and chewing on bone. Well fed and a flee collar around his neck I assumed he was from one of the boats in the yard. It was as though he new there were kids on our boat and had been waiting for them to get up.  We did the survey of the yard, met some of the other people working on their boats, the whole while the kids played with their new companion. 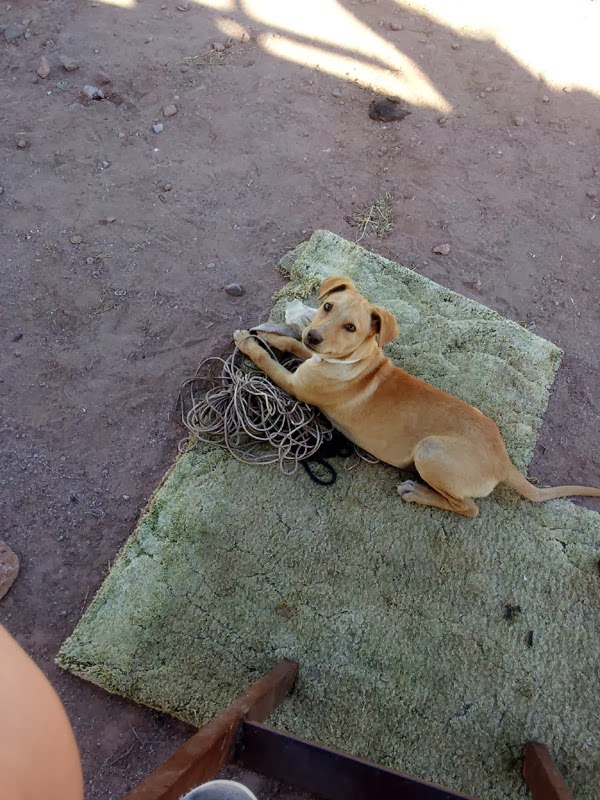 We learned that his name is Peanut, and that he is one of the stray dogs that lives in the yard. Someone had put a flea collar on him and everyone new him. He was the yard puppy. Over the course of the day we saw other creatures lurking about. One such fellow was brave enough to venture close to our boat. No one in the yard knows this guy. No treats are thrown to him, and I doubt that anyone has named him. The kids and I have decided we’ll call him Riley (as in dark rye bread), and have taken to feeding him over Peanut, who clearly is not in need. 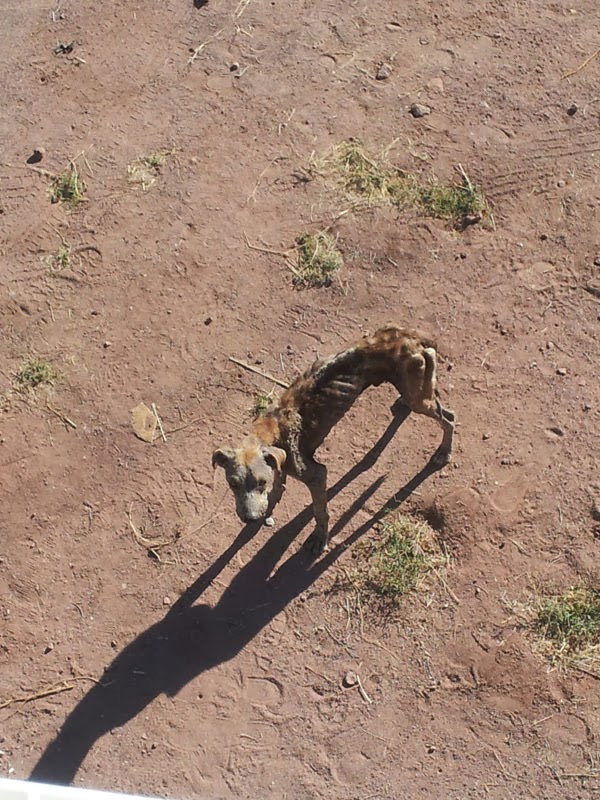