First off, thanks to everyone who is reading. Kai and Liam are writing this blog as part of their home-schooling while on the boat; it is nice to know that so many folks are stopping by. 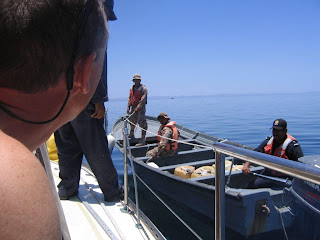 Not sure of days as they don't seem to mean much while afloat. However, we went to La Paz a while back to reprovision and to top off our water tanks. It was a successful port as we managed to get in and out in record time. On our way out we were stopped by the Mexican Navy. They explained it all in Spanish, then took a picture of our hand-held VHF radio... 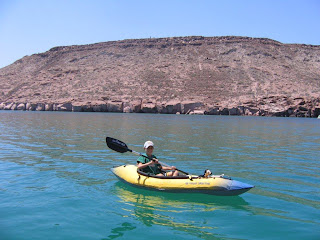 From there we went up to the Islands of Espiritu Santu. The weather was great and Kai and Liam got to explore the coves by Kayak. 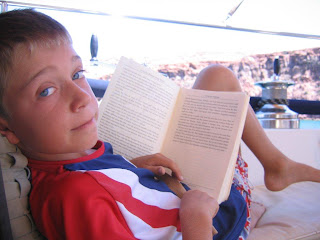 We spent a couple of days in these islands. Of course it is not all fun and games. There is serious homework to be done also. 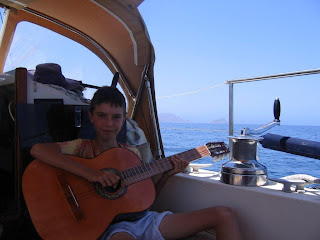 From the islands we sailed north along the coast up to a small town called San Everisto. Kai and Liam fished on route but did not come up with anything. It was a good sail with Kai entertaining us on the way. 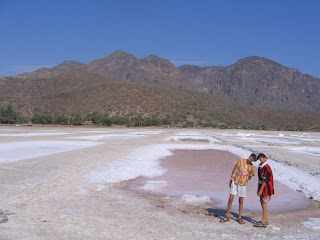 We anchored to the north of town. They package salt here. We got to explore the salt ponds. 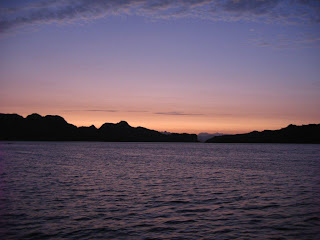 From there we sailed north. We had planed on stopping at Los Gato - an anchorage we heard was really nice. We pulled in but found it a bit too rocky, so we continued north to the small fishing village of Agua Verde. 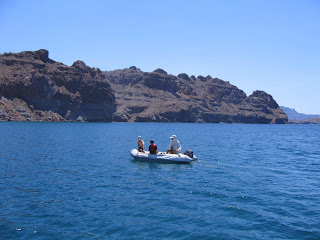 This was a really nice stop as we got to explore and meet up with our friends on the sailing vessel Jacaranda. They were the first people we spoke to on the SSB radio when we first entered Mexico last year, and the first people we met when we finally arrived into the Sea of Cortez a month later. We did not seem them again last year, but have been lucky to meet up with them a few times this season. Chuck on Jacaranda is great fisher, and the Kai and Liam were treated to accompany him on a couple of his dingy fishing excursions. 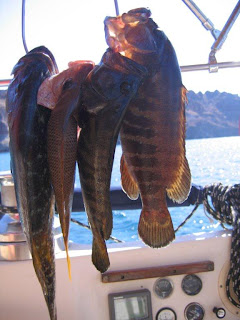 And an hour and a half later, they are back with their catch. With a bit of help from Chuck the Kai and Liam cleaned the fish, and later that night, Linda from Jacaranda cooked up a great meal for us all on their boat. A pretty good Fathers' Day for me. 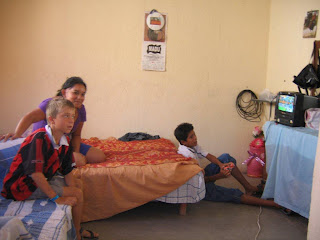 Of course, the World Cup is on, so we have to try to see whatever games we can, where we can. We know that if Mexico is playing we can find someone just about anywhere who is watching it. In Agua Verde we went for a walk through the village in the morning and we were invited into someone's house. We did not understand each other, but we were given the main couch in front of the TV. 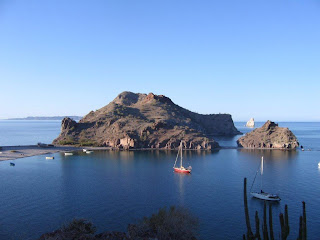 We spent a few days in Agua Verde and really enjoyed ourselves. Lots of fishing, swimming, kayaking, snorkeling, and hanging out with friends. Kai and I went for a hike on our last night there and we took some pictures. That is us on Outrider on the left and our friends Jacaranda on the right.
We headed north to Puerto Escondido which is where we are now. We have a good friend here on the sailing vessel Rocky an Brew that we have been looking forward to seeing again. 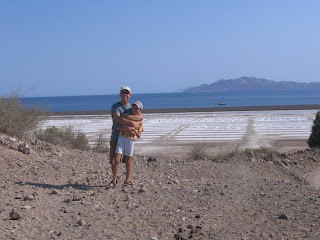