OK, my turn. Kai and Liam have had a rough day (no fish caught for dinner) so we made a deal that I would do the blog today. 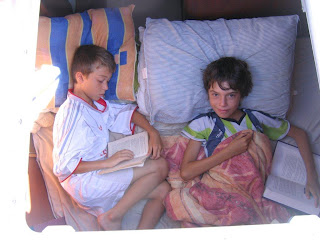 Mazatlan: We had a long passage from Puerto Villarta to get there. However, once we were there we had a pretty good time. We stayed out at the old harbor for a few days and visited the old part of town. After that we moved north to the new marina complex. The days just sort of blurred together so I am not sure how long we were actually there for. What we did do was get some boat work down such as fixing our auto-pilot (two crossed wires) and fixed the generator (low oil). We managed to figure out the town and the busses and toured most of the city. Knowing that we were crossing over to the Sea of Cortez, we planned all our meals and then did a big provisioning, stocking up on food to last us for a while. We had fun doing the groceries together. Liam negotiated the cost of the taxi back to the boat, getting the driver down from 80 pesos to 60. 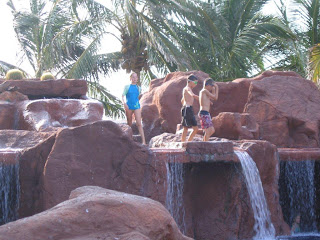 While we were in the marina we meet a number of people on other boats. Kai and Liam met a number of kids boats, and got to have a sleep-over on a friend's catamaran. Some nights we played music on friends' boats, or had dinner on others. The really rough part for the kids was spending the afternoons at El Cid - a 5 star resort that has a small, expensive marina. We were told that if we dingied there no one would say anything. So we did and the kids hung out at the pool. I learned when Happy Hour was, so that was when we went. Pretty soon the staff got to know us and Happy Hour was soon extended to whenever we were there and included free appetizers. Mazatlan was fun; we had a good time and met some very nice people.
The 200 mile passage from Mazatlan across to the Sea of Cortez was great. The winds blew from just the right direction and the seas were relatively calm. The kids did most of the watches during the day while I slept. They had a great time, and I felt confident in their abilities to keep good look outs. I did the night. As soon as it got light they were back on watch and I got to sleep. We sailed into a beatiful anchorage and spent a couple of days relaxing and exploring. 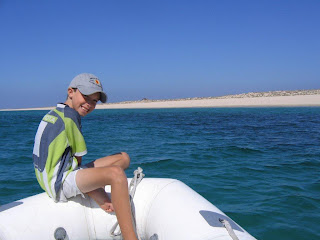 Today we had another great sail up to Balandra. The kids fished, and though they hooked and landed some, they did not catch anything we wanted to eat. Other boaters have been giving them fishing gear so they are all set. 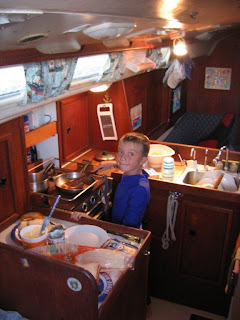 The days have been pretty good. We get our own breakfasts. I make one of the meals, and the kids take turns making the other meal and doing the dishes. Kai does not like a messy boat, so he spends quite a bit of time cleaning and making sure Liam and I pick up after ourselves. Both of them have been fixing things up around the boat. Both the kids are keeping up on their reading and math. 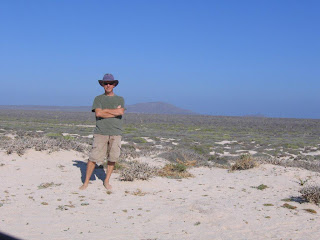 I did not realize just how beatiful the Sea of Cortez is until we came back. Tomorrow we are heading north; there is more sailing, fishing, swimming, snorkeling, and friends on boats to look forward to.